Keep up to date with our exclusive offers and product updates by signing up to our mailing list:

Peter and Ruth Hunt chose this area in 1913 as their home bringing with them their family of four girls and two boys to continue farming life in a new area after leaving Myponga. One of their sons, Charles, took over the farm after his parents retired and continued the hard work on the land.

In 1930, Charles married Ivy Lavina Pethick. They had two children, who both enjoyed the farm life, and it was son Keith who continued on the farm later being joined by his new wife, Fay, and then three sons. Their youngest son, David, helped Keith on the farm after leaving school and was taught all about life on the land.

It’s 1983 and David and his new wife Cheryl commence living and working on the farm and in the mid nineties planted their first vines of Shiraz (5Ha) . They continued with further plantings of Shiraz(3Ha) and more recently smaller plantings of Tempranillo and Mouvedre (1Ha) 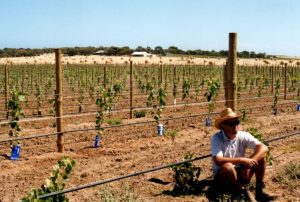 2008 led us into making the first batch of our own wine.This was made by our neighbour and friend Winemaker Allan Dyson. In 2014, Ivybrook Farm became a small, independent winery taking full control of the winemaking process. Only small batches of our fruit are selected then handpicked by family and friends and then transported to our small winery on the property where we watch over the evolving wine, using minimal intervention and low levels of preservatives.

After working for other wineries for the past six years and with Vintages overseas, our Winemaker son, Nick, will join us for the next stage of our business. We are now looking forward to what the future brings for the current generation of Hunts. 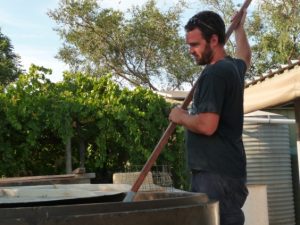